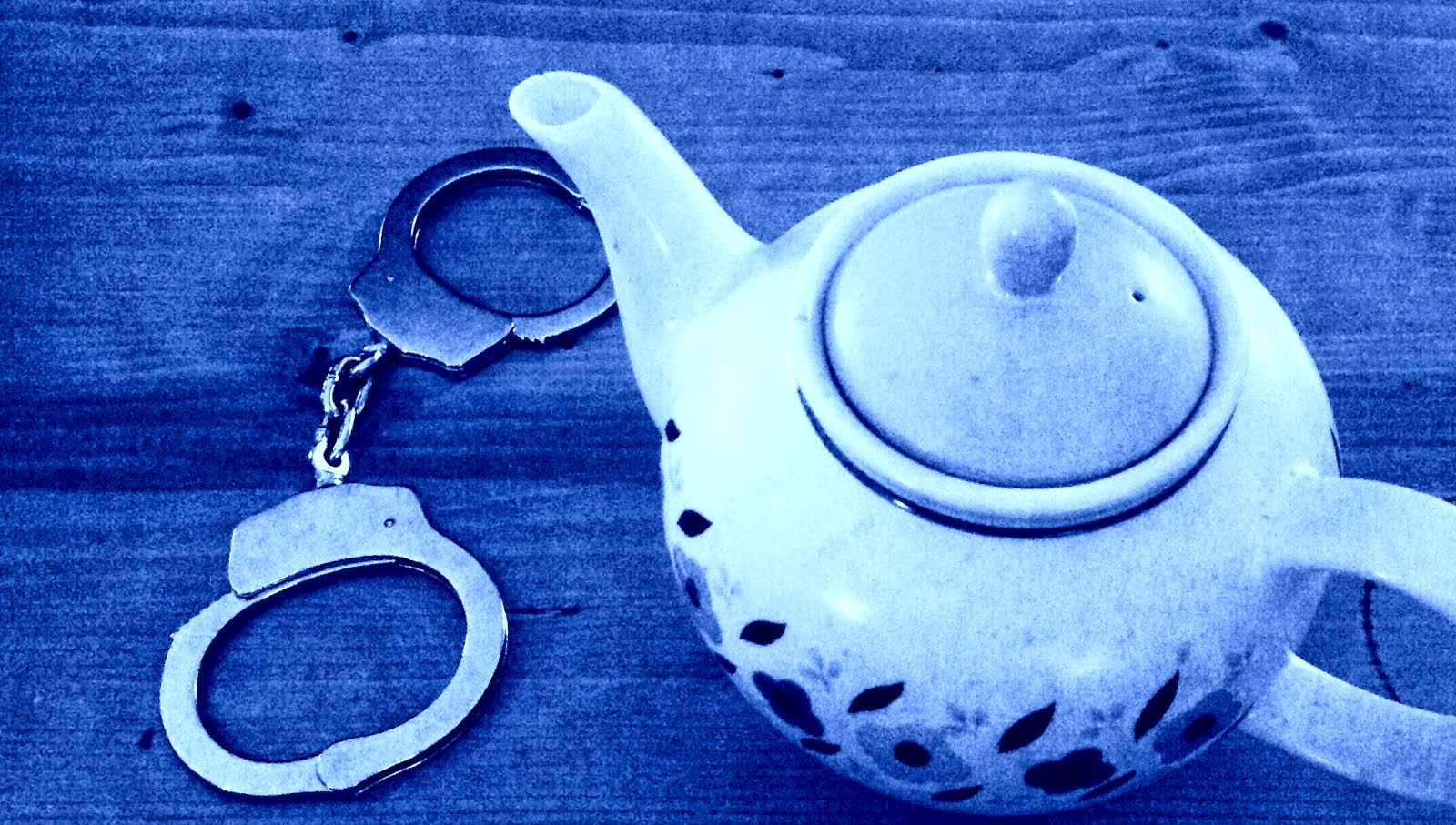 It was Friday. Which meant fish, chips and therapeutic line dancing.

Normally I’d be looking forward to a large haddock and a quick Hokey Cokey with Cool Hand Colin and his Syncopated Spoons but this morning all I could think about were the awful noises I'd heard coming from Mr Grey’s shed the day before. Even Betty’s latest window display couldn’t take my mind off my troubles. If anything, the sight of a Cabbage Patch Doll straddling a blindfolded My Little Pony made things worse . . .

Jean clearly didn’t have that Friday feeling either. When I arrived, she was huffing and puffing and sticking a laminated sign on the door.

"Good morning," I said, as breezily as I could.

“Is it?” Jean replied, nodding towards a pile of bin bags, half their contents overflowing onto the floor. "I found this little lot on the doorstep this morning - more of that weird stuff we sold out of yesterday. I’ve left R2D2 to sort it out.”

At that moment, in hobbled Betty on a zimmer frame.

As she got nearer, I noticed the reason she was so unsteady - a pair of long black shiny boots with towering heels.

"Just testing them," she said.

Betty beamed proudly and crashed to the floor.

"AND I’ve got a bone to pick with you, Betty Puckleton!” said Jean, waving a typewritten brown envelope in her happy little face as she hauled herself back to an upright position. “We’ve had another one of those letters from the council. About your obscene window display."

I felt we all needed some fresh air so I suggested the park for lunch. We sat by the duck pond in silence with our bread rolls, Jean with her tuna and sweetcorn, me with my cheese and onion and Betty with her foot-long sausage.

“I presume you took that mangey cat back to its owner, then," said Jean finally, wiping the crumbs from her lips with her sleeve before fixing me with an inquisitive glare.

“Ooh yes!” said Betty, clasping her little hands excitedly round her sausage. "Tell us all about it. Was he dishy? Was he married? Was he circumcised?"

“Well, what did he say, then?” said Jean, picking at her teeth with her hat pin.

“Well, nothing really. He was in the shed in his back yard. And then there were these . . . sounds."

“I knew I should have gone with you!” said Betty with a sigh. “He sounds just my type . .”

“And what was this back yard like?” asked Jean, her eyes narrowing. "Was there a patio?"

“Knew it!" said Jean, smugly. “There was a case like this in last month's Serial Killer and Puzzler Magazine. Quiet man, never said boo to a goose. Then one day his wife goes missing and the neighbours start hearing noises just like you're describing. Then nothing. Turned out she was under the patio. With half the Women’s Institute and a lollipop lady. Sounds like you had a lucky escape."

I shuddered. To think that Mr Grey might be capable of multiple homicide! And him with that nice jumper too.

“Don’t you listen to her," whispered Betty, giving my hand a reassuring pat. “She's just being all dramatic as usual. I'm sure there's absolutely nothing for you to worry about . . . he's probably just a pervert," she smiled. "We've got loads in our therapy group. And they’ve all got sheds!"

I didn’t go back to the shop with the girls. I needed some time to make some sense of what they'd said and to wait for my legs to stop shaking. By the time I finally got back, Jean's mood had worsened considerably.

“Was it you that complained to the council, Elsie?” she barked, accusingly.

“Of course not!" I answered, shocked. 'Whatever makes you think that?”

“Another one of these was on the doormat when we got back," she said coldly, thrusting a brown envelope into my face. "Only this time it's addressed to 'the very helpful lady in the powder blue Fair Isle cardigan'?"

My heart was beating fast as I took the envelope from Jean’s outstretched hand. What on earth would the council want with me? It beat even faster when I read what was inside . . .

I’m sorry I missed you yesterday, I'm afraid I was a little tied up. I assume it was you who returned Fluffy and my bag of shopping. I'd like to cook you dinner tomorrow to show my appreciation. Shall we say eight o'clock? I'm sure I'll have managed to whip something up by then. CG

I couldn’t believe it! My inner goddess did a line dance of delight before stopping suddenly. What if Jean was right? What if his wife was buried under the patio? What if he planned to do the same to me? On the other hand it was a free dinner . . .

My mind was in a tizzy and my legs felt like lead. I sat heavily down on the rocking chair we'd had since 1996 and stared up as Betty's bewildered face bobbed into view. Then, all of a sudden, I remembered something that made me calm down and realise what a silly billy I was being. Of course Mr Grey wasn't a serial killer . . .

He was probably just a pervert.

CONTINUED NEXT THURSDAY
Posted by Unknown at 02:23 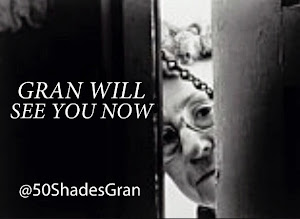